Should You Never Pay Collections? The Ultimate Guide 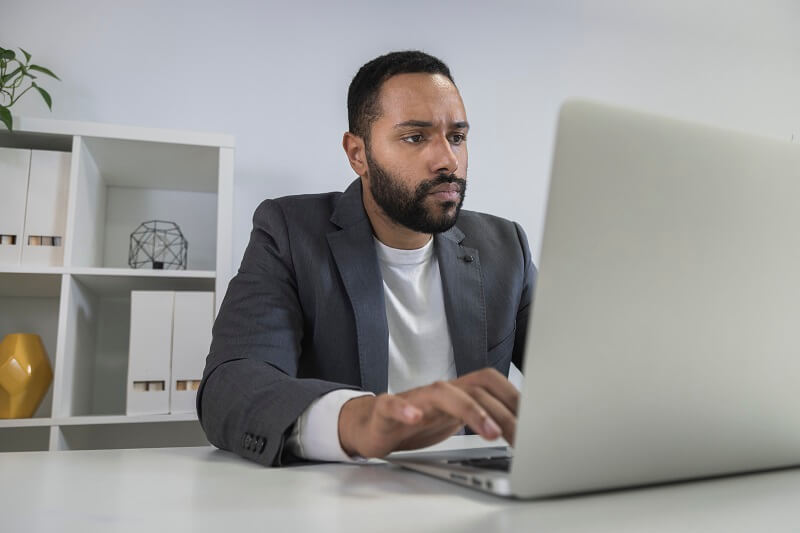 Do you have a default on a loan, credit card, or even monthly internet utility bill payment? If so, chances are that your account will be sent to the collection agency. They are third-party companies hired to go after the firm’s unpaid debts. However, you may have heard never pay collections from many people around you.

Collection agencies employ different tactics to recover unpaid debt. And they may start by harassing people with phone calls. However, depending on your current situation, you may not even have to pay a collector. Read on to find out more about it.

Be your own boss. Set your own schedule and travel when you want. Start a credit business today. Click here to get everything you need for FREE.

Do Old Debts Cause Problems?

No doubt, paying a debt collection agency allows you to lead a peaceful life. But this is not the complete story. Rather, the history of your unpaid debt will still reflect on your credit report for a couple of years.

Besides, the actual amount of debt is no longer the only factor. Collection agencies will raise a red flag on the credit report whether the debt was $200 or $100,000. As a result, it adversely impacts your ability to approach secured loans in the coming years. 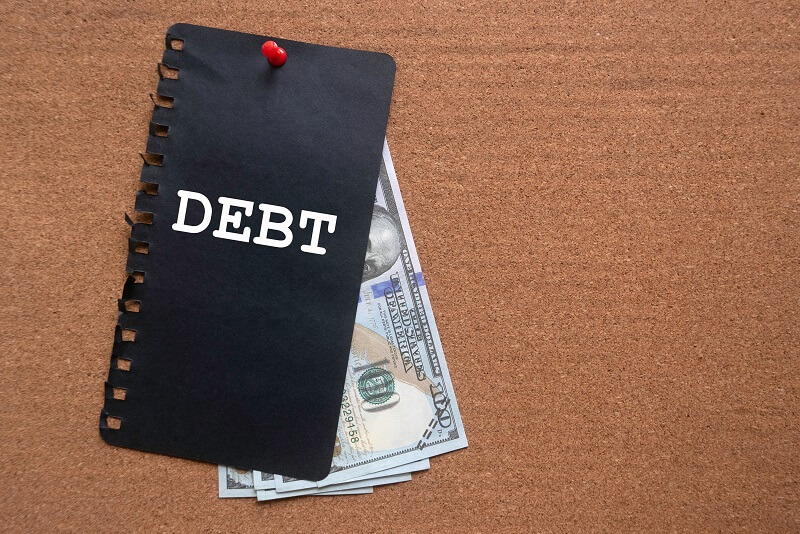 What makes the situation worse is that intent plays a tiny role in terms of debt collection cases. Sometimes, debtors don’t even know that they owe money. And it happens to many debtors all the time.

In addition, a creditor might send a debt notice to the borrower’s old address. As such, the borrower won’t receive it, and they go on with their lives. But they are unaware that the debt is following them.

This residual debt has surprising effects and makes it difficult for you to procure new loans. Getting student loans, mortgages, home improvement, or car financing becomes significantly difficult if you have bad credit.

Still, this is not the end. Moreover, bad credit makes it difficult for you to rent a home or even open a streaming account. Apart from that, paying an outstanding debt to a collection agency can at times negatively impacts your credit score.

While it might surprise you, any kind of action on your credit report hurts your credit score. And that even includes paying back loans. Therefore, if you have an unpaid loan of one or two years old, check first as it can temporarily cause a drop to your credit score.

How To Decide Whether Or Not To Pay A Collection Agency? 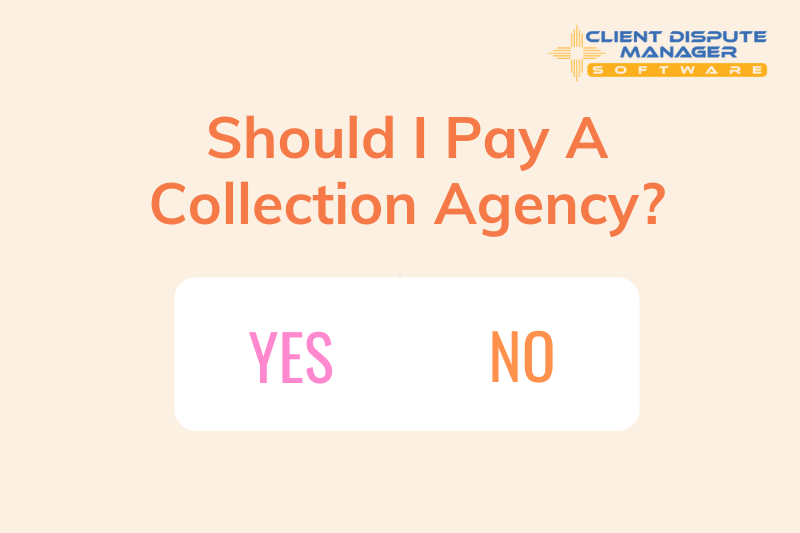 There are no easy ways for a perfect solution when it comes to debt collection cases. Although ignoring a collection agency might be an option in some cases, you must understand the consequences if ever you decide to do so. Here are some important factors that you should consider before making the final decision:

Be your own boss. Set your own schedule and travel when you want. Start a credit business today. Click here to get everything you need for FREE.

Moreover, debt collectors might send you a letter that says the debt has been paid. Now, you can use the letter to make corrections about the debt being paid in your credit report.

Lastly, remember to pay the debt to the right person. Do proper research when you get a letter from the collections agency demanding money. Sometimes, collection agencies buy and sell the debt to one another.

So, don’t assume you are paying the debt to the right collection agency. Make sure your debt is still the same and hasn’t changed hands.

Should You Not Pay A Collection Agency? 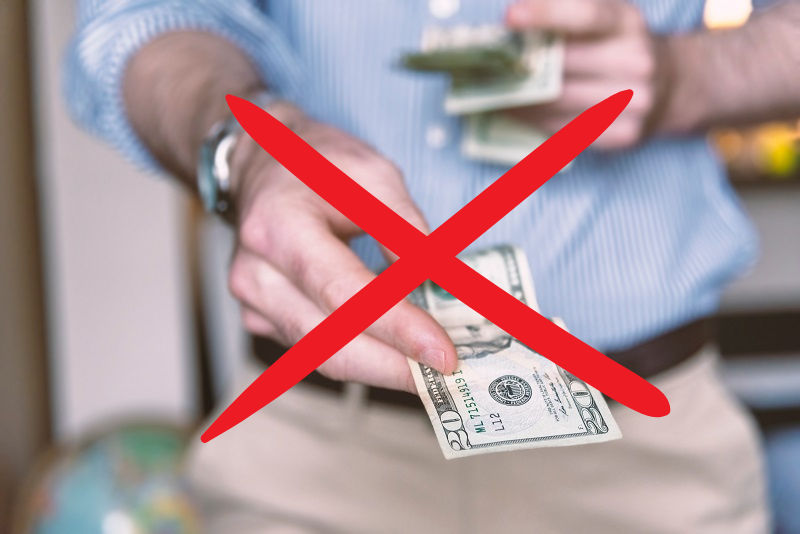 Here are are some scenarios where not paying collections become an option for individuals:

Scenario 1:  Never pay collections if you don’t have an idea about the debt. In short, if you don’t owe the money, there is no point in paying it to them as it is inaccurate.  So, if an agency is after you for a debt you don’t know about, use a Debt Validation letter. When you send the letter, they will be required to investigate so they can validate your debt.

Scenario 2:  Suppose you don’t have a property or income and plan not to have property or income in the coming years. In that case, you are referred to as ‘judgment proof.’ But if you plan to own anything or start earning again, you aren’t judgment-proof.

Scenario 3:  Do you have to pay collections if you are planning to settle your unpaid debt for less? There are some who will not pay the collectors until such time it would force the collector to take legal action against them.  Next, they would send a summons & complaint letter when they are being sued.  The agency will most likely settle the debt for less.

Scenario 4:  If you find the statute of limitations expired, you have an option not to pay collections. Even the debt collector can’t sue you for the debt.

Scenario 5:  Whenever the collections agency fails to show you the ownership of the debt, you don’t have to pay them. The sale of debt that starts from a creditor and ends with a collector isn’t a smooth road.

A collection agency that hounds you might not prove that they own your debt. So, if they fail to produce the same, you aren’t obligated to repay them.

Scenario 6:  If you don’t want to pay the money to someone other than your real creditor, you may choose not to pay the collections agency. If a collection agency is chasing you, chances are that the original creditor might have sold your debt.

Many people believe that it is unethical for creditors to sell their debts. And they argue that they don’t have an ethical obligation to pay someone instead of the original creditor.

On the other hand, you may pay a debt collector –

Typically, most people try to go for a settlement. Whenever a collector is after you for unpaid debt recovery, they are adding extra dollars in terms of fees to the real debt. Besides, they might have bought the debt only for 10% of the face value.

However, if the debt they are trying to collect is valid, then the right thing to do is pay for it. Not only will you straighten things out for the better but it will result to a peaceful life free from harassment from the collecting agents.

Bonus: Now that you have read this article, why not take your new skill and start your own credit business helping others? We have free training that can help you do just that.
Click here to learn more.

Start Your Own
Credit Repair Business

Be your own boss, and work from your home.
Get Your Free step-by-step training Today!
CLICK HERE TO LEARN MORE
Load More